Reservations : 352-565-3536Hotel ELEO at the University of Florida Phone Number
Sign Up For Exclusive Offers
book your stay Close

Thank you for booking from our website. We will be glad to help arranging your dream holiday in Gainesville. 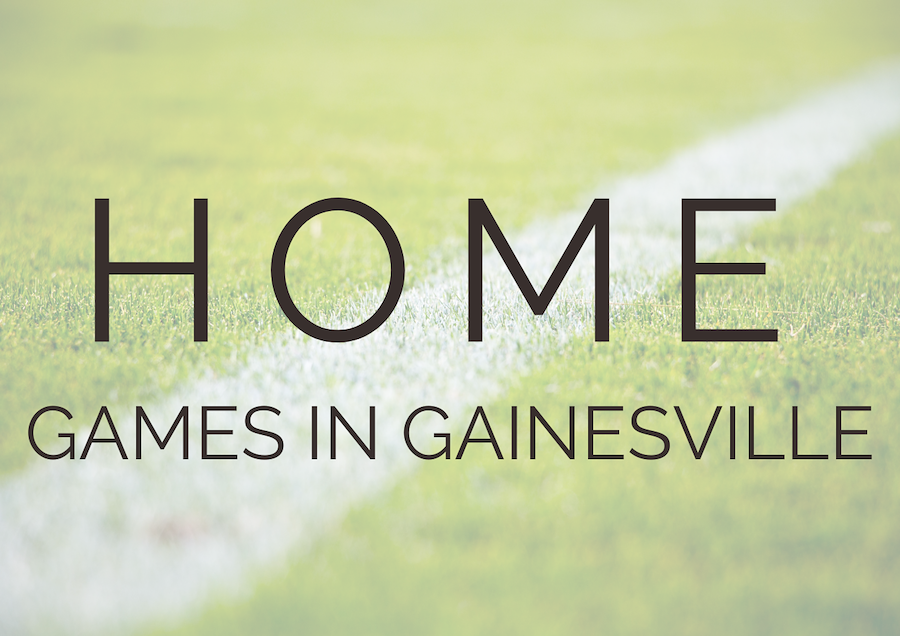 Welcome to Gainesville! The home of the University of Florida Gators. In the fall season, Football is one of the most popular sports and a significant part of Gainesville culture. If you are heading to the city to catch a game at UF, explore our guide and enjoy the best of what Gainesville, FL has to offer.

Catch all the sports events happening this season at Donald R. Dizney Stadium, Ben Hill Griffin Stadium or "The Swamp," and the Stephen C. O'Connell Center. Here is a quick guide to Gainesville's full Gator sports schedule in the 2021-2022 season.

To see all the HOME GAMES by month - visit this helpful UF Calendar: https://floridagators.com/calendar

The Florida Gators football team represents the UF in American college football, Gainesville. This home game happens in Steve Spurrier-Florida Field at Ben Hill Griffin Stadium or "The Swamp" on the UF campus in Gainesville. It's Fall Game Day in Gainesville. Are you excited?

Always check dates and times for games. Game and tournament details - Get Tickets

Always check dates and times for games. Game and tournament details - Get Tickets

The Gators women's gymnastics program has won four national championships and nine SEC championships. Even more stunning - eleven Florida Gators gymnasts have won a total of twenty-eight individual national college championships. The 2022 roster of UF gymnasts is one to watch! These Gator athletes are aiming high! The Gator gymnasts host their home matches in the O'Connell Center on the university's campus, and the 2022 schedule will be available online.

Always check the times, check the schedule and remember to Get Tickets

Men's and Women's Track and Field (Home: March and April)

You may recall seeing several impressive Gator Track and Field alumni in the 2020 Olympics (held in the summer of 2021 in Tokyo). Gators Great Taylor Manson became an Olympic medalist, and Cory McGee made her Olympic debut in Tokyo. Two-time Olympian Marquis Dendy performed brilliantly, and for the third time, steeplechase champion Genevieve Lacaze Gregson leaped at the turn to come back to the Olympics. Two-time NCAA champion and four-time SEC champion jumper Yanis David continued to impress!

The Gators Volleyball team plays their home matches in the O'Connell Center on the UF campus. The Gators team compete in Division I of the National Collegiate Athletic Association (NCAA) and the Southeastern Conference (SEC) in Gainesville. Head coach Mary Wise leads the team, and they have 24 SEC Championships, 29 Consecutive 25-Win Seasons.

It is a race for both individuals and teams in which runners start the women's race on open-air courses over natural terrain. The home course for Gator's men's and women's cross-country teams is Mark Bostick Golf Course.

See the scores from the 2022 Vystar Gators Invitational.

The Florida Gators Tennis team competes in Division I of the National Collegiate Athletic Association (NCAA) and the Southeastern Conference (SEC). They play their home games in Linder Stadium at the University of Florida in Gainesville.

The Gator Tennis Men's sports team represents the University of Florida. The home match is held in Linder Stadium on the UF campus in Gainesville and led by head coach Bryan Shelton. They have won nine SEC team championships, one NCAA doubles championship, and three NCAA singles championships. In 2021, they won their first national team title.

Check out the complete schedule for dates and times.

Check out the complete schedule for dates and times.

The 2022 soccer schedule was not available at time of publishing. For the most current information on soccer schedules, visit the Gator Sports home page.

Well, you may have heard the great news that seven-time Olympic gold medalist Katie Ledecky has joined as a volunteer swimming coach to Florida swimming and diving program. Ledecky announced in September 2021 that she will train for the 2024 Olympics in Gainesville with Florida head coach Anthony Nesty. UF Swimming + Diving has consistently earned its place in the headlines. At the 2020 Tokyo Olympics, Gator athletes Caeleb Dressel earned two Golds medals and broke an Olympic record, and Bobby Finke earned a gold medal and broke a World record. To see just how fast Gators can swim, be sure to cheer them on during their home meets.

Swim and Dive meet is happening at Exactech Arena at the STEPHEN C. O'CONNELL CENTER

Game and tournament details - Get Tickets

Are you a sports enthusiast? The city of Gainesville welcomes you with the best of Gators sports for the year 2021-2022. If you are in the neighborhood of Gainesville, don't forget that you and your friends can book your stay to relax at Hotel ELEO, conveniently situated on the University of Florida campus and close to these gator games.